From one generation to the next, The Village Cleaners remains a fixture in Gloucester Village 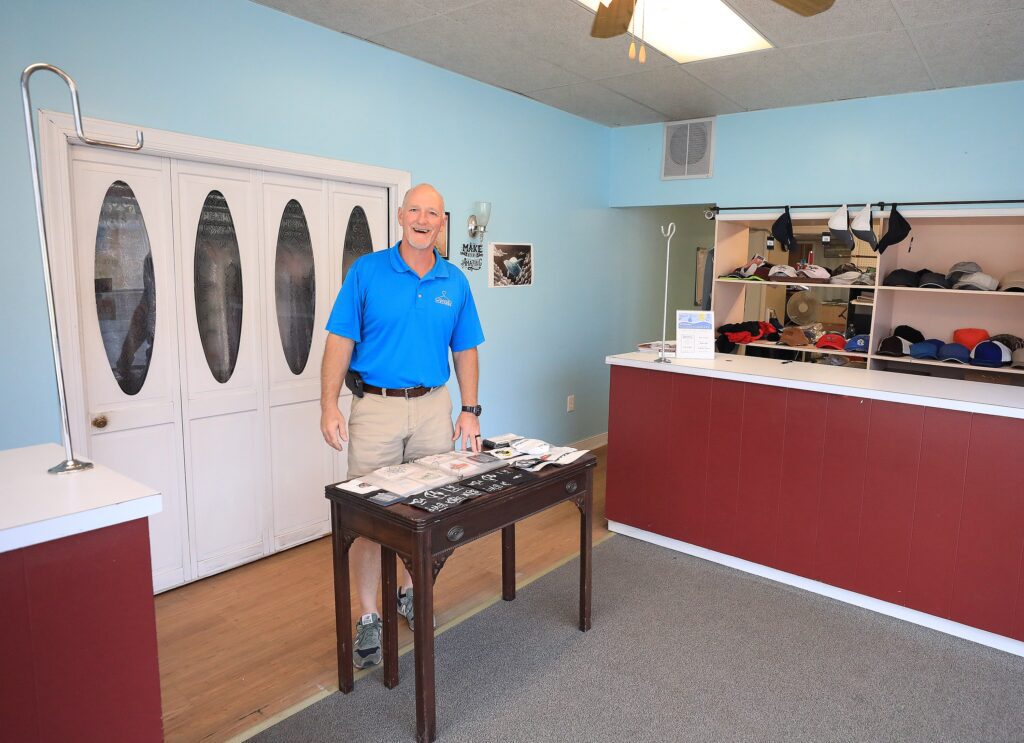 The young Brian Kirschbaum wasn’t shy about doling out advice to his mother, co-owner of The Village Cleaners. One day, when asked to watch the counter for a while, he offered more opinions that prompted Brenda Kirschbaum to ask, “Since you think you can run the business better than me, why don’t you buy it?”

Freshly graduated from Newport News Apprentice School, Brian had other ideas for a career. But he took his mother up on the offer, and 25 years later, The Village Cleaners remains a fixture in Gloucester Village.

“I enjoy every day,” Kirschbaum said.

Initially, the business was located near the old Texaco Station in the Village. In 2000, it moved to its current location near the courthouse after The Village Cleaners bought out Gloucester Laundry and Dry Cleaning, his only competitor at the time. Satellite stores are on Route 17 in Gloucester and Kilmarnock, but all the cleaning is done in Gloucester Village.

“The only thing I had in common at first with dry cleaning was piping because that was what I did in the shipyard,” Kirschbaum said. “Installing and maintaining equipment was easy for me.”

He picked up the electrical aspect of the business easily, but actually cleaning people’s clothes took some time. Initially, the term “dry cleaning” meant nothing to him.

“I never knew the difference in laundry between washing something. and dry cleaning something,” he said. “The actual practical side of it took me some time to learn.

It’s a process that’s been refined over the years. You won’t smell harsh chemicals walking into Village Cleaners. Dry cleaning today is almost always odorless. Computers have also automated much of the process.

Kirshbaum knows many of his customers or in some cases, knows his customers’ clothes. He often spots garments that have been cleaned at the store before recognizing the faces in them. He’s mindful of customer’s needs, too. It’s not unusual for him to be called on his cell phone long after work hours with a panicked request from a customer who forgot to pick up special occasion clothing needed for a weekend event. Making extra trips to the cleaners to accommodate folks comes with the territory.

“That’s the beautiful thing about living in a small town,” he said. “We help each other out.”

Kirschbaum delights in problem solving a stain. He’s had wedding dresses gray from charcoal and chef’s coats covered with a hodgepodge of spills. Ink can be almost impossible if the item has been washed, but he will try his best to return clothes stain-free. At busy times, his mom lends a hand, mixing the chemicals in her home and taking a scrub brush to the garment.

“She absolutely still involved,” he said. 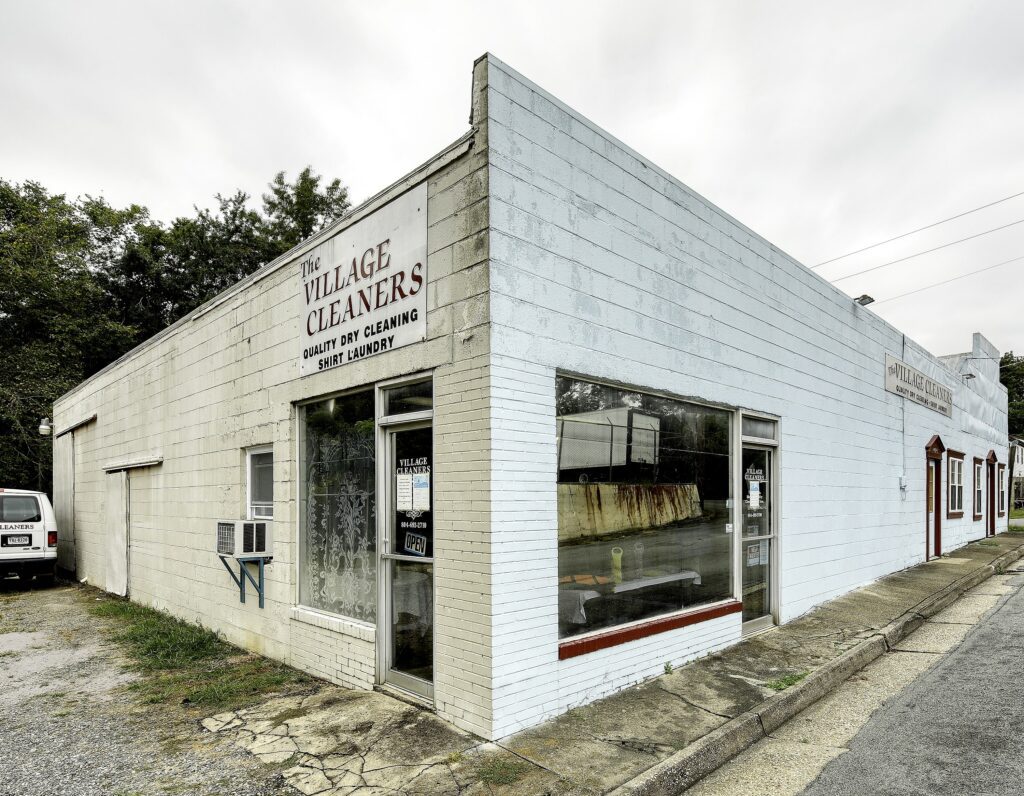 Kirschbaum feels a sense of camaraderie with the follow business owners on Main Street. Many, he sees on Friday afternoons when he frequents Gloucester Brewing Company or visits a local restaurant. Others bring their work clothes in to be cleaned; teachers and seniors always receive a 10% discount. He supports as many philanthropy efforts in the community as he can and has a heart for the Humane Society, noting his own dog, Jack, a handsome Labrador Retriever, is “the smartest dog in the world.”

Kirschbaum is grateful to have survived the pandemic with the help of the Main Street Association. Coming to work never gets old despite the fact that decades ago he never fathomed himself a dry cleaner. He has no regrets.

“You start out every day with a basket full of dirty clothes and then at the end of the day, they’re all crisply hung up on hangers with covers that say Village Cleaners on them,” he said.
“There’s no such thing as coming into work and not accomplishing something.” 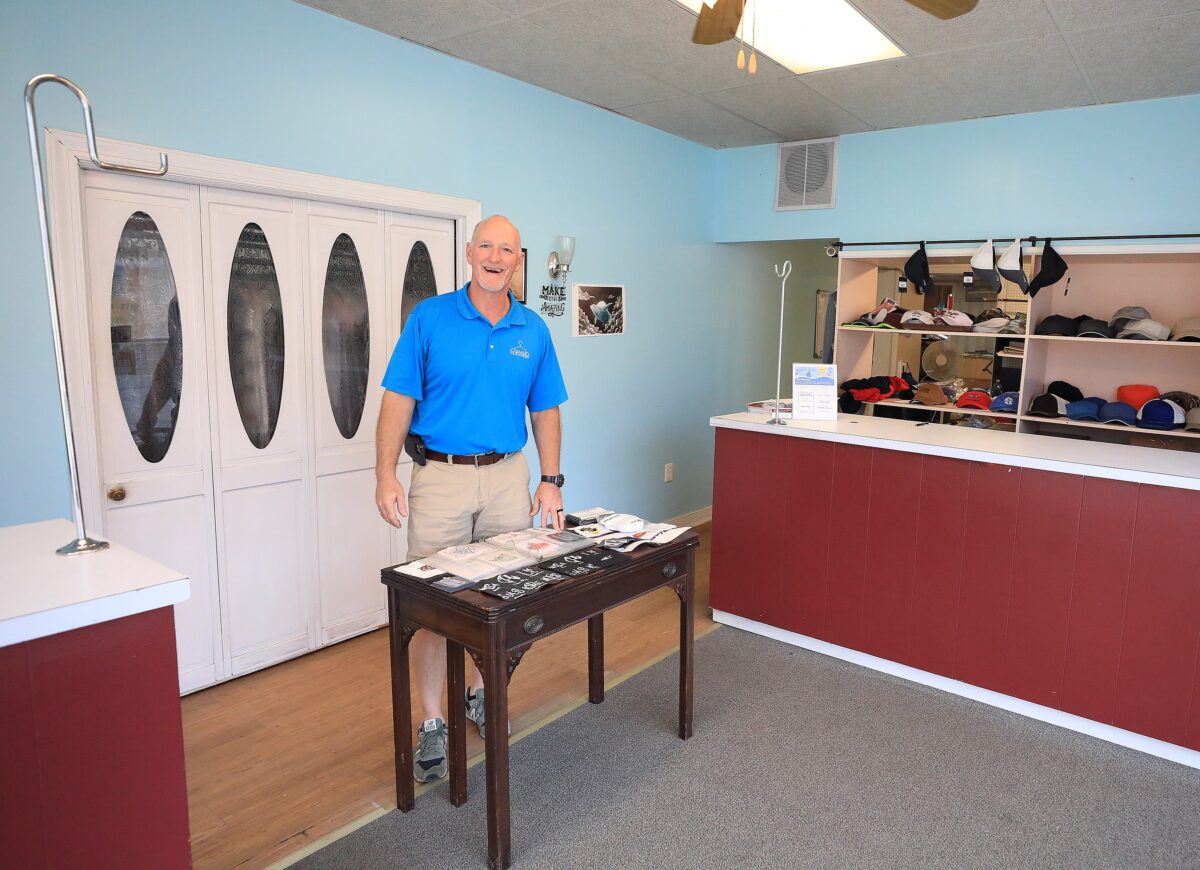