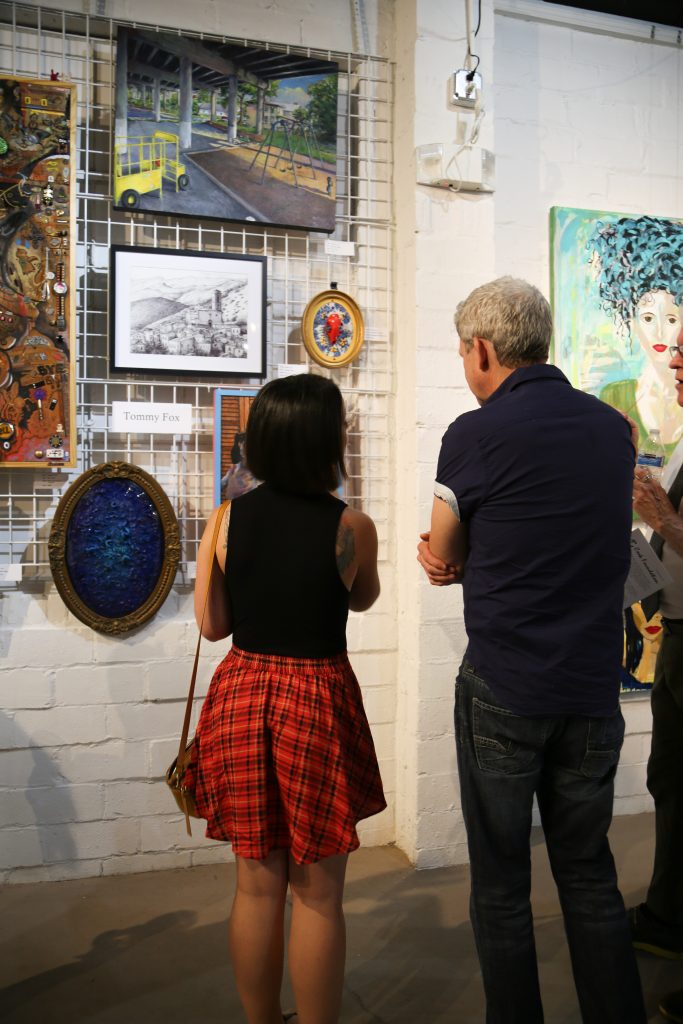 The Gloucester Arts Festival recently announced the winners of its 2018 Juried Show, selected by the event’s juror, Jeff Harrison, Chief Curator Emeritus at the esteemed Chrysler Museum in Norfolk.

“I was thoroughly impressed with the consistently high quality of the work in the show, and stunned by the phenomenal technical mastery the artists revealed – which made assigning the awards extremely difficult,” Harrison said during the opening reception held June 1 at Gloucester’s Arts On Main.

Of the more than 70 applicants received, 25 artists were accepted and invited to participate in the Juried Show.

Artists were judged according to a set of objective criteria, with Harrison looking for authenticity, modernity, and directness of artistic expression, among other characteristics.

“I congratulate all of the artists on their work, and more importantly, to salute them for pursuing the artistic path, for choosing to bring their creative power to bear on explaining the inexplicable, to struggle to give shape and meaning to this very strange and often beautiful experience that we call life,” Harrison said.

The 2018 Juried Show Awards were presented in three categories.

Best Body of Work, the top prize which recognizes the overall exceptional quality of an artist’s entire installation, went to Holland Wentz Etheridge of Hampton whose work earned her a $2,000 stipend and a coveted opportunity to mount a future solo show of her work in the Arts On Main gallery.

Awards of Excellence, given for specific works of art on display, were presented to by Tommy Fox of Kilmarnock for “Note to Self,” Robin Harris of Charlottesville for “Red or White,” and George Jennings of Tappahannock for “Stories to Tell.” Each Award of Excellence winner received a stipend of $1,000.

Certificates of Merit for Body of Work were awarded to Nancy Topping Bazin of Norfolk, Victoria Martin of Henrico, Mary McCormack of Williamsburg, and Kathleen Noffsinger of Hartfield.

The 2018 Gloucester Arts Festival concludes June 30 with A Night of Romance starring LA-based performer Elijah Rock and the Virginia Symphony Jazz. Culminating the month-long celebration of the arts, this nearly sold-out concert takes place at the Inn at Warner Hall, with catering by Waypoint Seafood & Grill.

For more information on the Gloucester Arts Festival visit gloucesterartsfestival.com.