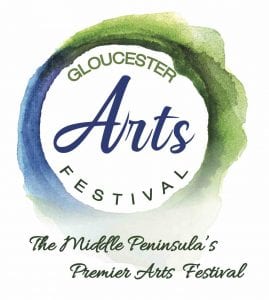 Familiar faces, as part of a famous familiar series, are set to return to Main Street in Gloucester this summer, the Gloucester Arts Festival committee announced this week.

As part of the annual summer 2019 arts event, iconic Seward Johnson life-size works of art will arrive on Main Street and kick off with a community unveiling celebration on Sunday, June 2 at 12:30 p.m. A total of 10 bronze-cast statues by Johnson will be part of summer-long public art exhibit and the unveiling of each will start at the Gloucester Brewing Company and continue up Main Street, ending at the Court Circle. Attendees are encouraged to arrive at the Gloucester Brewing Company at noon.

Internationally recognized, Johnson started his early career as a painter before turning his talents to the medium of sculpture. More than 450 of Johnson’s life-size cast bronze figures have been featured in private collections and museums in the United States, Canada, Europe and Asia, as well as prominent places in the public realm such as Times Square and Rockefeller Center in New York City, Pacific Place of Hong Kong, Les Halles in Paris, and Via Condotti in Rome.

Johnson initially became widely known for his sculptures depicting people engaged in everyday activities. Johnson’s desire to highlight the mundane in his “Celebrating the Familiar” sculpture series has brought a unique voice to the world of art in public spaces.

The Gloucester Arts Festival, with support from the Cook Foundation, first brought Johnson’s sculptures to Main Street in 2018 – a police officer in front of Olivia’s in the Village, a lawyer in front of the old Coke building and a woman sitting on the bench by the iconic and historic bank. 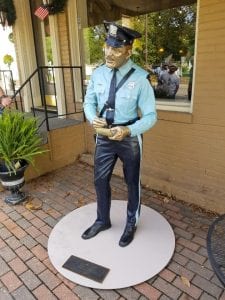 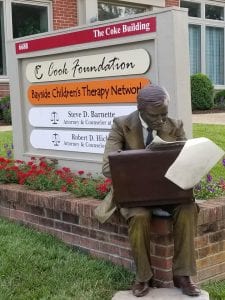 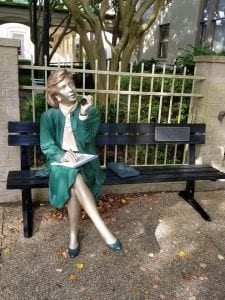 Once unveiled, the sculptures will remain on Main Street June through August 2019.

To learn more about the Gloucester Arts Festival and the other public art events, visit gloucesterartsfestival.com. 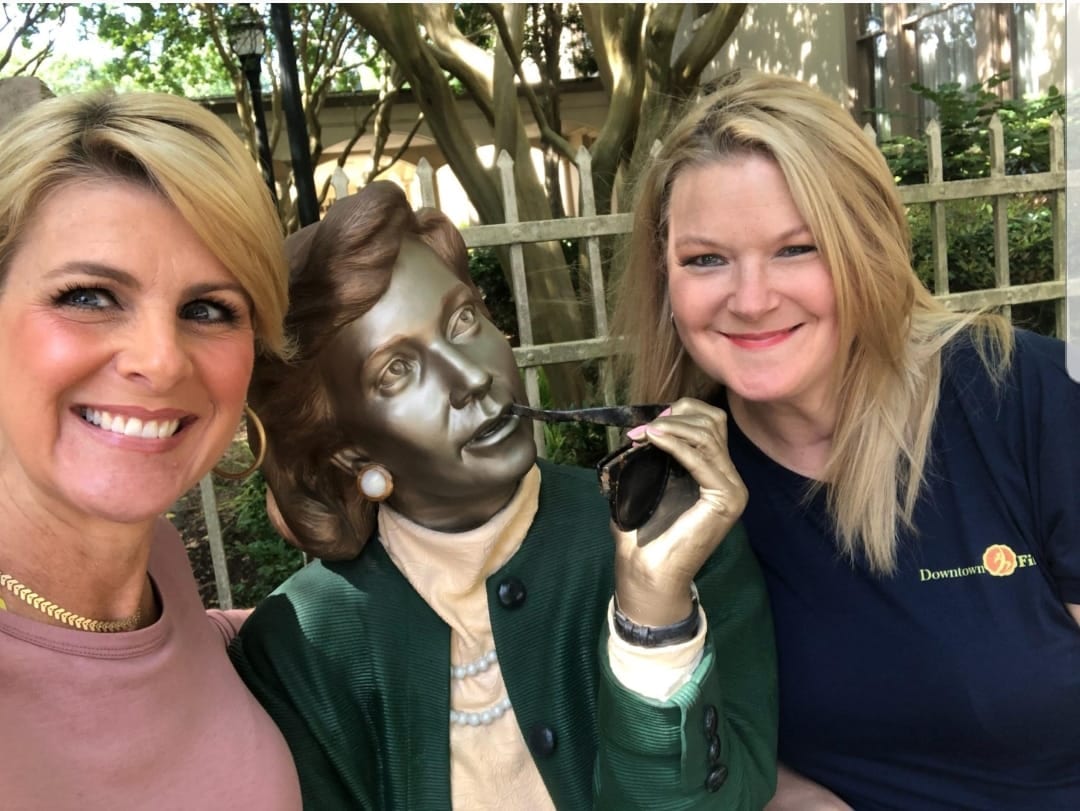