Honestly, It’s the Best Yoga Studio and It’s In the Gloucester Village

Walk into the studio founded by Angie McKinster at 6618 Main Street and you’ll inhale the future and exhale the past.

McKinster discovered the healing power of yoga after giving birth to twin boys a decade ago and losing one of them before delivery.

“He was born and he was dead,” she says. “We knew going into my C-section he was gone. I had my first baby and I lost my other baby. It was so bittersweet.”

Her world snowballed into a downward spiral. The challenges of being a new mom to her son, Finn, followed by breaking her tibia and fibula that led to two major leg surgeries took an enormous toll. Another family illness added to it.

The yoga mat offered an escape that she couldn’t find anywhere else.

“I’m not completely healed; I don’t know that any of us is ever healed from what we go through,” she says. “Yoga helped me on my path. It became a source of peace for me. I suffer from some pretty severe anxiety because of some of the stuff I’ve been through. Yoga has this presence. It’s been an amazing 12-year journey to where I am, and I say ‘honestly yoga’ because I’m so into authenticity. So into honesty.”

Sharing that peace with others forged a professional path she didn’t envision after graduating from Virginia Tech. She and husband Chuck spent years in a faster track, living in Northern Virginia. She started in public relations and transitioned into defense contracting. 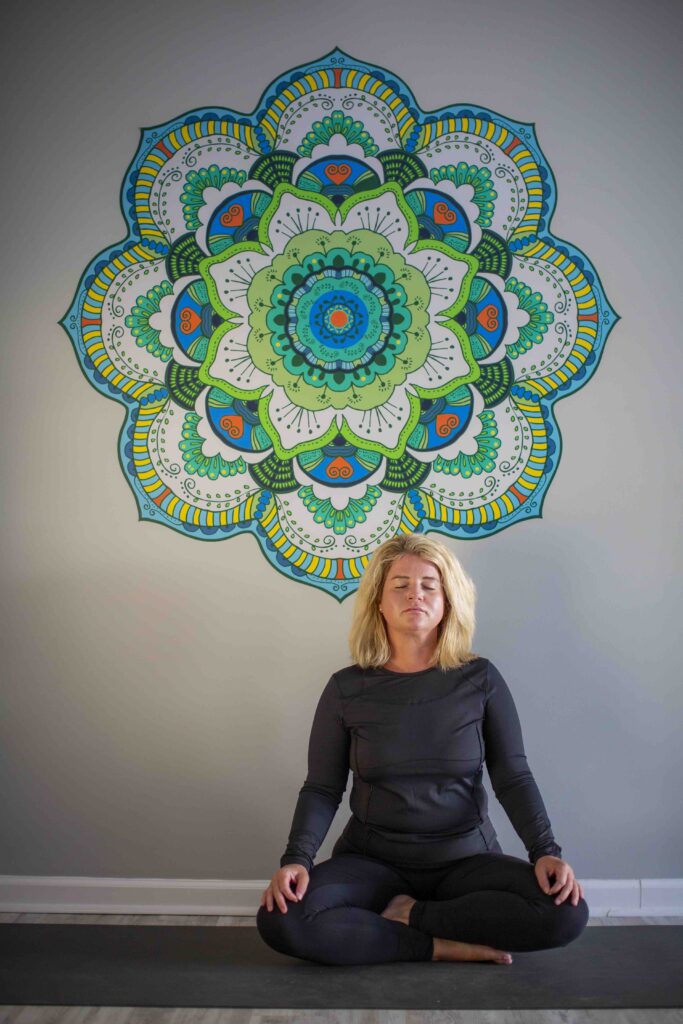 Chuck’s job change relocated the couple to Gwynn’s Island in 2017. She had no desire to return to the corporate world. Previously earning her yoga certification opened up a new avenue. McKinster crisscrossed the Middle Peninsula, everywhere from the YMCA to Mathews Baptist Church to her home, introducing yoga to a receptive community.

Opening her own studio seemed something of a pipe dream, but walking around Gloucester Main Street in 2019, she felt a tug to make it real.

“I was looking around and I thought, ‘They need a yoga studio!’ People thought I was crazy, but I thought, ‘Let’s just do this.’ ”

She refers to her current space as, “the perfect little studio.” A diffuser scents the room and the right blend of music creates a warm vibe.

“This place is just special,” she says.

Tranquility and mindfulness don’t happen overnight. It takes time to build flexibility and strength and effort to free the mind to allow meditation to work its magic. Most of her students are beginners. The newbies discover quickly that Honestly Yoga is a no-judgment zone.

She keeps the focus individual.

“I really feel in tune with my students,” she says. “I can see by the look on your face what you need. That’s very different from a typical yoga studio. The instruction is personalized.”

The pandemic hit shortly after Honestly Yoga opened, a devastating blow for all businesses but particularly a new one. The studio closed shortly after it opened and now must keep classes at no more than eight with mats spaced 10 feet apart. It’s an ebbs and flows business right now, but one McKinster remains passionate about and hopeful she can make it a bigger part of the community.

It hasn’t taken her long to feel at home in Gloucester Village. Away from work, she enjoys an insightful read, playing the piano and adventures with Finn. She’s made a concerted effort to befriend the other shop owners on Main Street and talk about the best way to move forward during the pandemic.

“I absolutely feel like we’re in it together,” she says. “That’s the beautiful thing about Gloucester Village, Gloucester Courthouse. I absolutely love it here.” 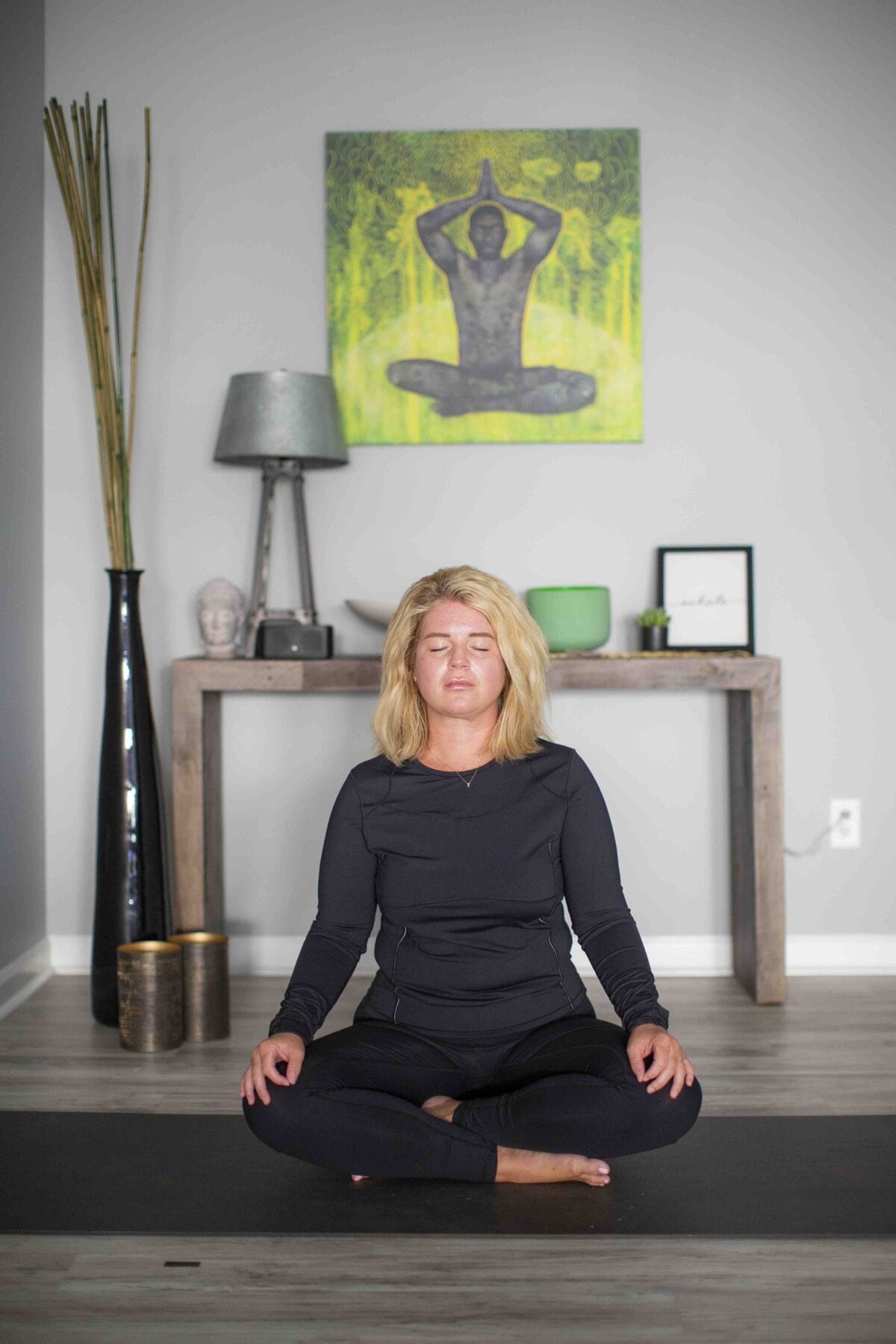