Isabelle and Keyvan Behnam shared a vision of creating their own restaurant centered on higher-end favorites with a twist presented in a warm setting, a place ideal for a special occasion or a weekly dinner out.

They didn’t favor white tablecloths or cuisine so involved that diners would have to Google ingredients.

Six years later, the award-winning Gloucester Village restaurant Lulu Birds Kitchen is that treasured dining destination where locals and tourists go and go back again for an experience unlike any other. It’s not Italian; it’s not Asian; it’s not Mediterranean, though touches of all those styles are part of the eclectic American menu that embraces a hint of heat. Some of the highlights — a BLT taco with spicy slaw; a blackened tuna entrée with a wasabi cream sauce; and a recently added chicken dish with sausage and peppers that Isabelle touts as beautiful and delicious. 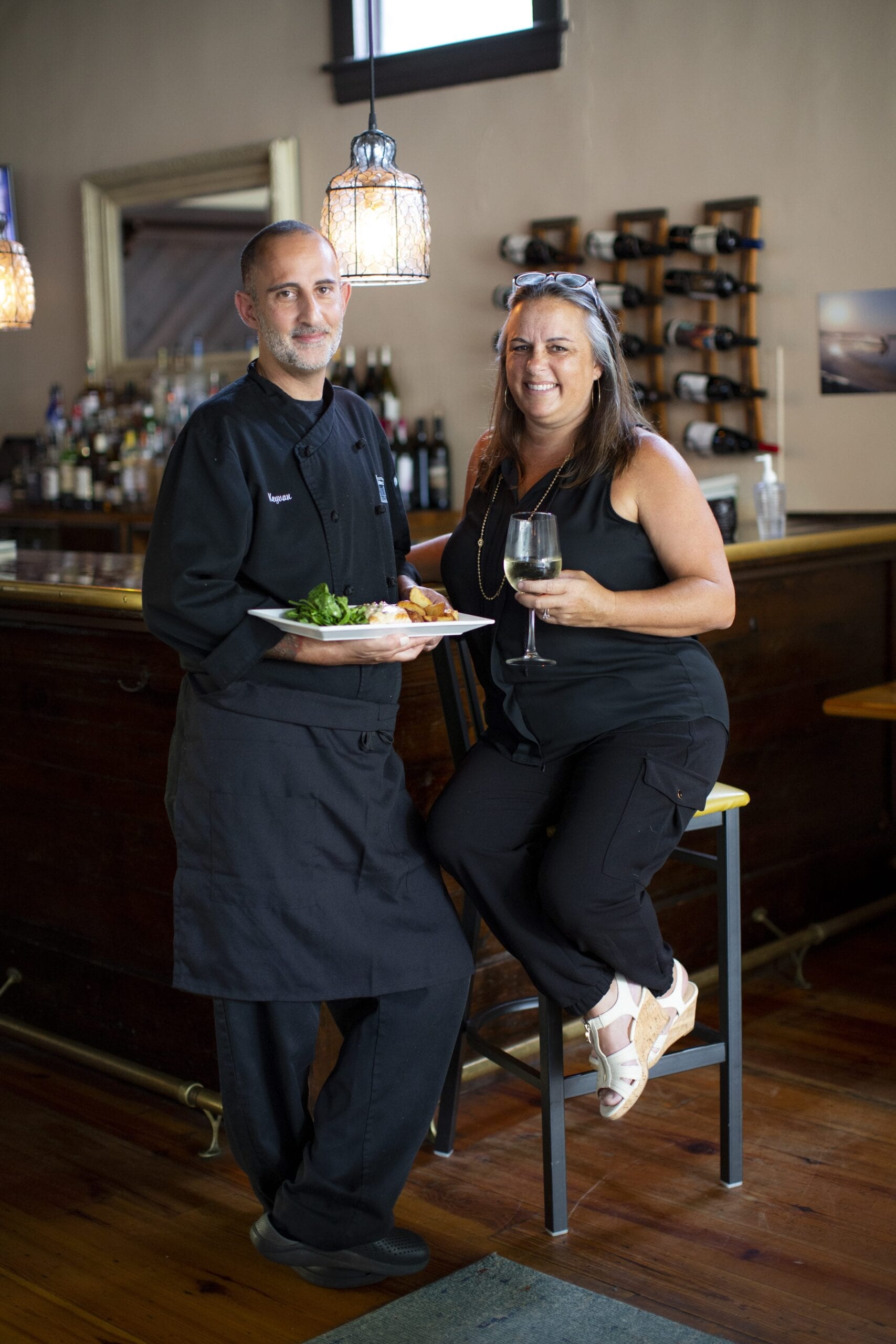 “We had a mission when we opened Lulu Birds, and I think we’ve stayed true to it,” says Isabelle, in charge of the dining room while her husband, Keyvan, the chef, prepares every from-scratch dish in the kitchen. “We’re the kind of place that you can go on a romantic date and get something a little fancy or take Nana on her birthday. Everybody in the family is going to be able to find something.”

Keyvan’s culinary expertise spans the globe, and he can create the extraordinary from simple ingredients. He started as a dishwasher in a family restaurant before going on to apprentice at every level of a kitchen and restaurant, with stops in South Florida, San Francisco, London and New York.

“He puts out every single plate,” Isabelle says, who named the restaurant for their daughter, Layla, now 11, who she used to affectionately refer to as “My birdie or Lulu Bird.”

Isabelle first visited Gloucester Village during a break from college at Elon University. She recalls dinner at what was then Stillwater’s on Main, and immediately falling in love with what she calls an awesome space dating back to 1912 that Lulu Birds now occupies.

“Mood lighting is essential,” she says. “You want to feel cozy when you go out to dinner,” and you do at Lulu Birds, where dim mood lights make the dining experience intimate. “We were looking for what we saw a lack of in the area, which is a romantic sort of setting with toned- down lighting.”

Isabelle and Keyvan have traveled worldwide, partaking in their hobby — “eating out,” says Isabelle. They’ve been in restaurants that are too loud as well as those that so silent that general conversation is uncomfortable. They aim to create dishes you won’t make at home, but prioritize keeping price points reasonable.

The menu wasn’t set up for carryout, but when the pandemic made that the only viable option, the customer base remained loyal. The couple remains grateful to the community for its continued support.

“They trust us,” Isabelle says. “If people are going to join us for an occasion or event, they have to trust that you’re going to give what they expect. We really want to match expectations. The fact that people keep coming back means a lot to us.”

Lulu Birds is expanding; a patio with seating for 26 is in the works. In addition to general outdoor seating, LuLu Birds will be able to host private dinners or gatherings in the flexible space.

Isabelle is a native New Yorker and Keyvan came from Tehran, but both love their Cobbs Creek home and their work address in Gloucester Village.

“One person walks in and knows everybody, that’s our vibe,” Isabelle says. “My Friday night is all people who know each other. It’s so fun. It makes me really happy. It took us a while to get to know everybody, but we’ve had a fun time doing it.” 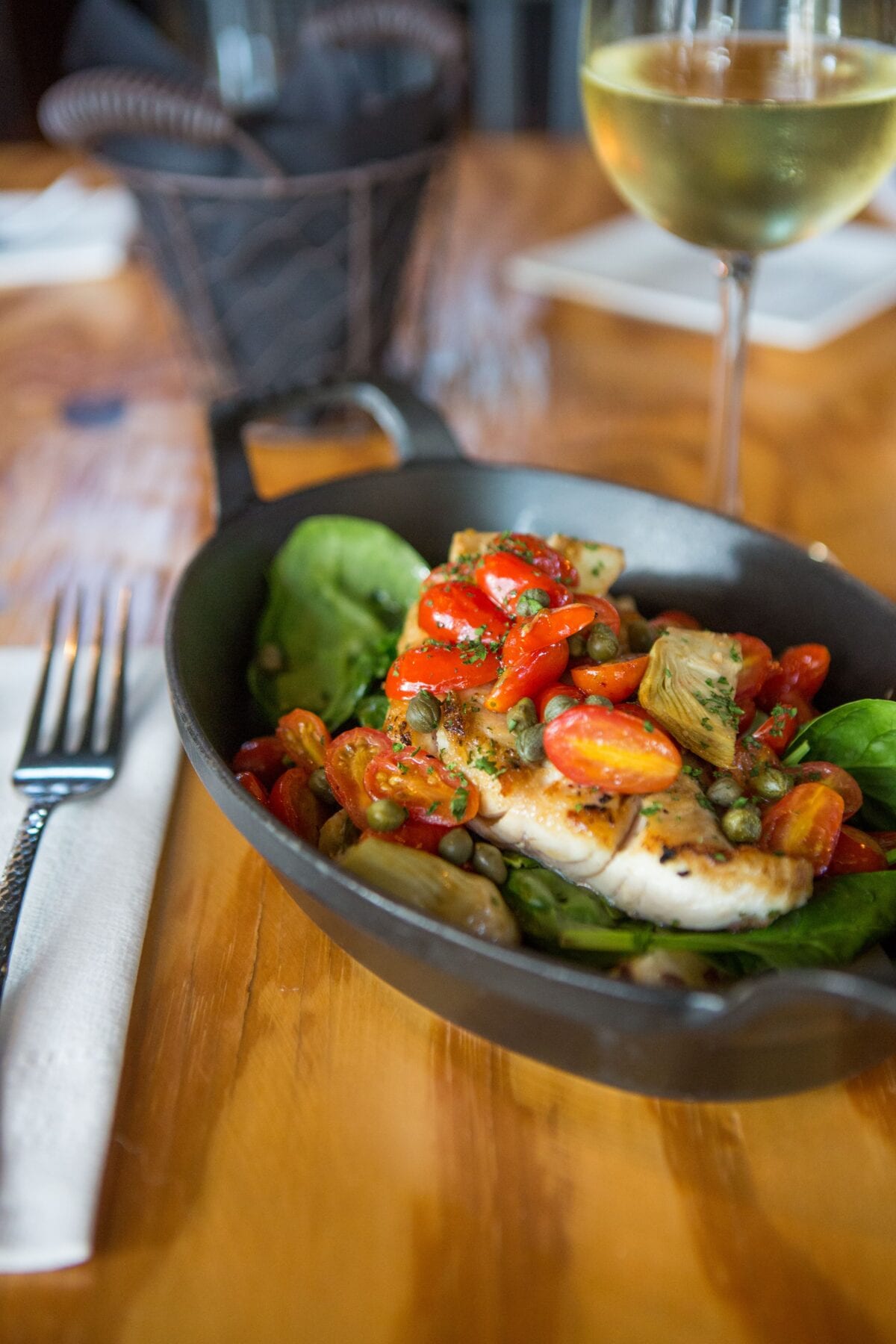