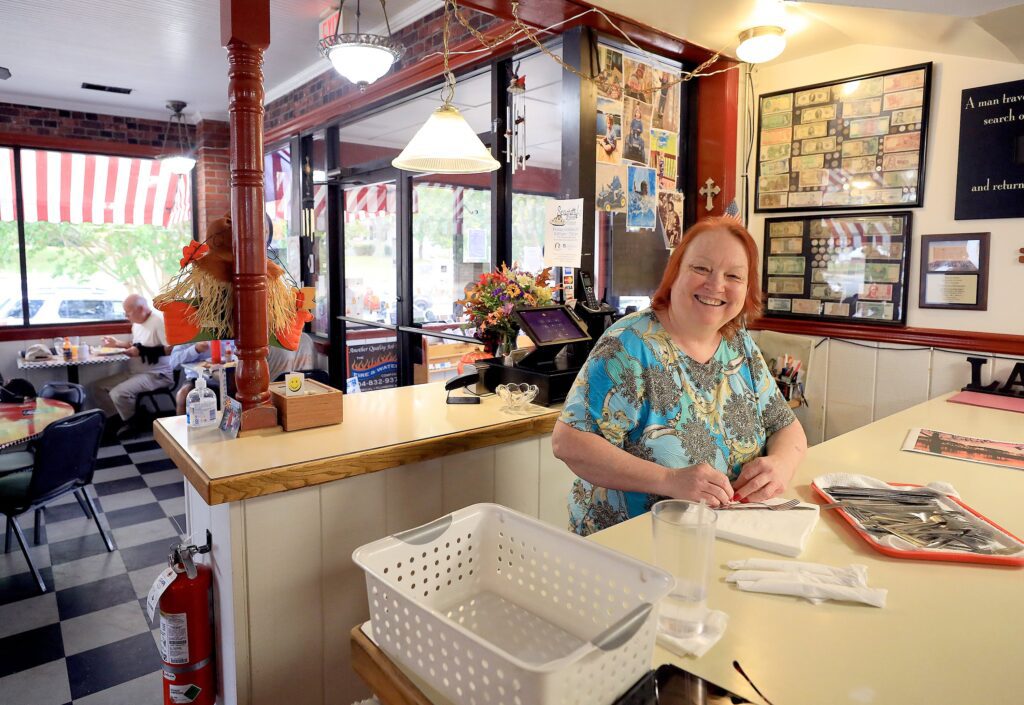 Breakfast at noon isn’t a problem.

Nearly all the food is made from scratch.

Those are some of the reasons why The Courthouse Restaurant, owned by Doug and Kim Hibbs, is an institution in Gloucester Village. As satisfying as the omelets are and as requested as Doug’s broccoli and cheddar soup is, it’s community that is served up best at the Main Street diner.

“We love our community,” said Doug Hibbs, a Navy veteran. “They’ve gotten to know us and we care about them and they care about us. That’s the most important part of what we do. Not the food — how we can help our community do or do better what they do.”

The free coffee — and that’s whether you order a meal or not — is not the only way the Hibbs give back. The Courthouse Restaurant hosts all-you-can-eat spaghetti dinners once a month on Fridays as fundraisers for local organizations. Sales of a tea they discovered while living in Scotland, Ashby’s Tea of London, go toward Compassion International, a nonprofit for children. That’s in memory of the Hibbs’ eldest son, Ashby, who died at the age of 15 in 2001. 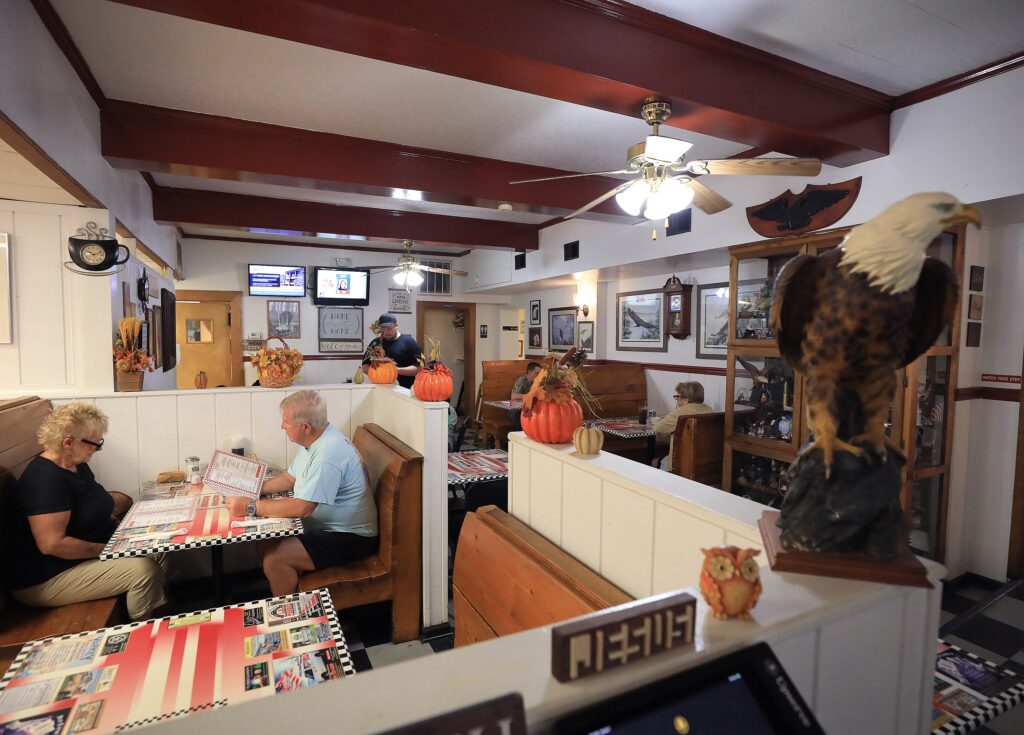 Breakfast isn’t served on Thanksgiving Day, but dinner is. The Hibbs give the staff the morning off and rely on volunteers to help with a noon meal of traditional fixings. It’s free for anyone who wants to stop by.

“We make people sit together, and everybody helps out,” Kim said. “We love doing that.”

Doug worked for Henrico County as a sheriff’s deputy and Kim at Walmart when their son, Josh, came home from his pizza delivery job and announced the restaurant at 6714 Main St., was for sale.

Neither of the Hibbs knew anything about running a restaurant but something about the idea lingered with them. Kim Hibbs had been thinking a lot about purpose since returning home from a Bible study that asked participants to think about living out their purpose.

It took almost four months of reflecting, talking and praying about the decision before they decided to buy the building. “We finally said, ‘OK! Let’s jump in with both feet,’ ” Kim said. “That’s exactly what we did, and here it is, 2021, 12 years later.” 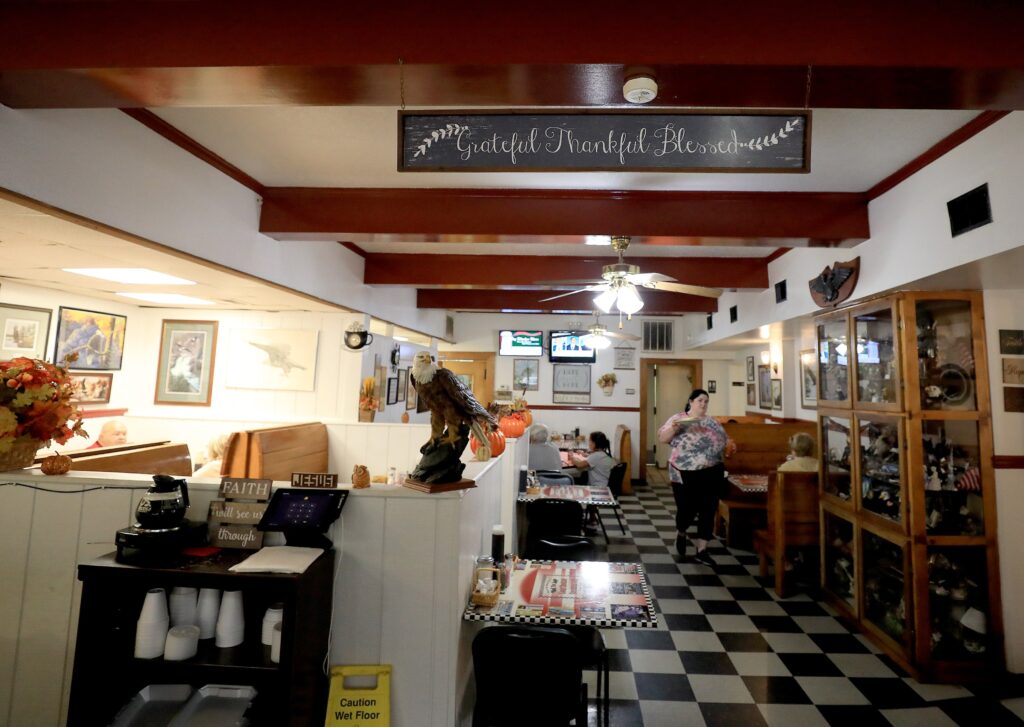 Like many of the buildings in Gloucester Village, The Courthouse Restaurant has a storied history. Built in 1932, it was once a gas station, pool hall and bar in addition to a restaurant with varying names. The benches in the booths were made by the Gloucester High School woodshop class from 1972.

The space had previously been called The Courthouse Restaurant given its proximity to Gloucester Courthouse so the Hibbs opted to bring that name back. It was intentional to make breakfast an all-day offering. Before they opened, the Hibbs visited a now-defunct Gloucester restaurant and recall a customer being disappointed that he could not get breakfast after 10:30 a.m.

“We need to serve breakfast anytime,” Josh told his parents.

They agreed. “Growing up, it wasn’t unusual to have eggs and pancakes for supper,” Doug said.

Kim and Doug live in the apartment upstairs from The Courthouse Restaurant and receive help from Josh and his girlfriend, Dawn, to keep the operation running smoothly. Doug does most of the cooking but forgoes the title of chef for line cook. He’ll make eggs any way you like, a burrito filled with eggs, sausage and hash browns, and his Reubens and burgers are customer favorites.

The Courthouse Restaurant closed at the height of the pandemic but has been able to survive with the help of its loyal customers and the Main Street Association, which provided a no-interest loan.

The Hibbs have visions for an outdoor deck and other improvements, but mainly they want to continue serving a community that is their home. 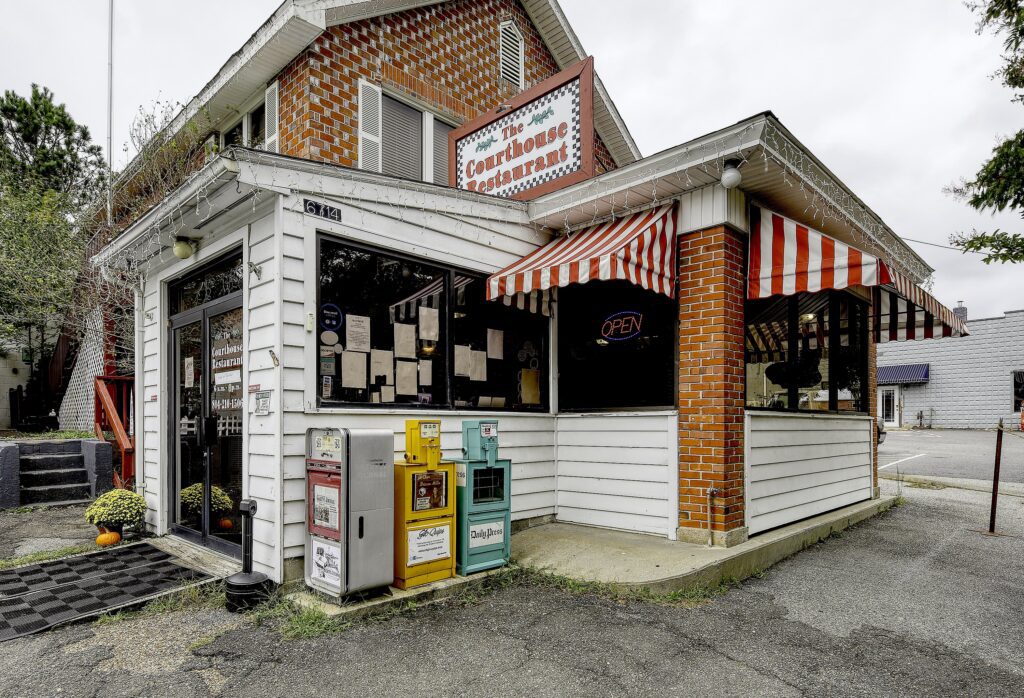 “We love Gloucester,” Doug said. “It’s all about the community. They have been so faithful in supporting us. We get to know people. We laugh with them, we cry with them, we pray with them. Babies are born; we lose people. Being here is like being a part of a larger family.” 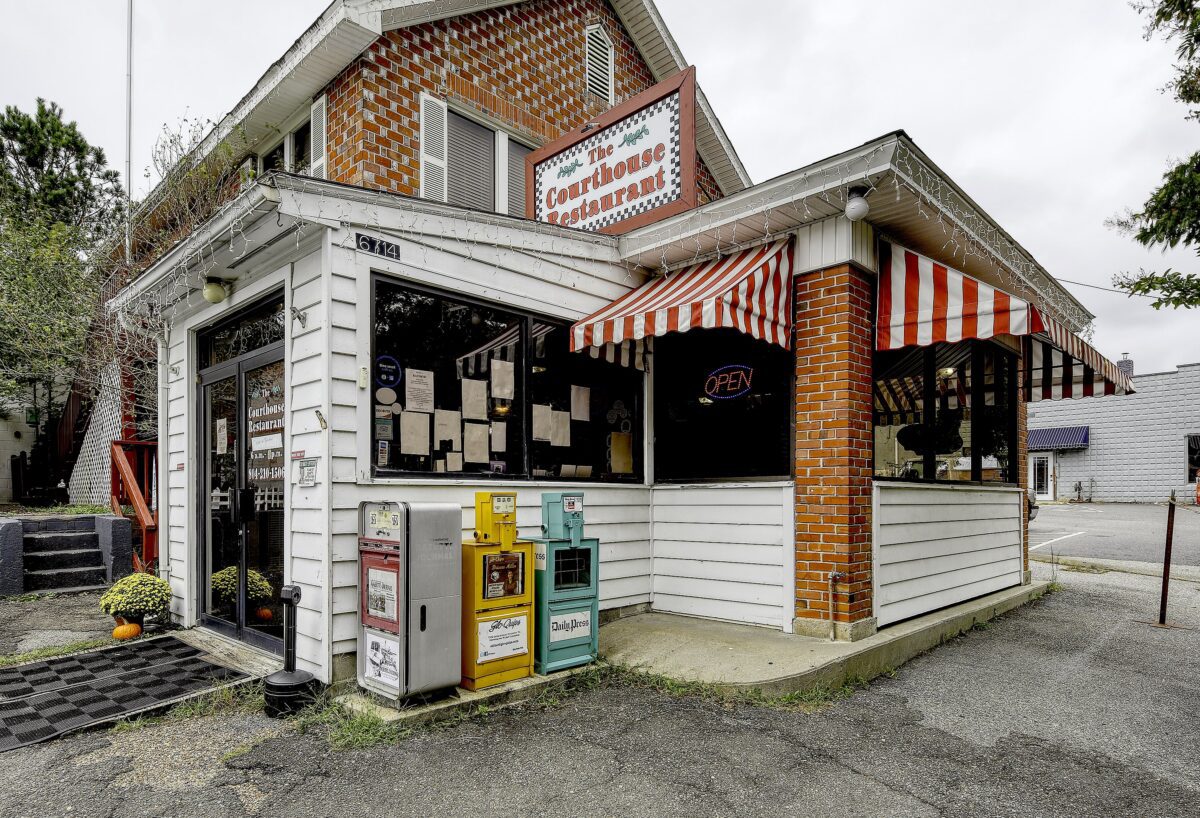