Artist Daniel Robbins embraces history and the spirituality of the water and the Richmonder combined both to win Best in Show at the Gloucester Arts Festival, which was announced at the Plein Air Art Gala held at the private estate Sussex on the York River on June 11.

Judge Larry Moore presented the top award to Robbins for his oil painting Long View, noted for its handling of drawing, composition, value, light, color and paint. Robbins drove to the end of Route 1102 off Guinea Road where he spotted an abandoned seafood restaurant and a dilapidated dock at the mouth of the York River.

“The manmade history with sweeping sky and water made this a really beautiful scene,” said the Virginia Beach native and graduate of VCU School of Arts, where he now teaches. “The view from where I was was really panoramic. In Richmond, there’s always trees in your way, so I look for places where there’s this openness and connection to the sky.”

John Brandon Sills earned second place for York River View. The Baltimore artist enjoys capturing nature in all its forms. The judges noted his excellent handling of light, value and atmosphere and the luminous tradition.

Georganna Lenssen was awarded third place for Machicomoco, noted by the judges for “its masterful manipulation of paint. Small but mighty says enough without saying too much.”

The Pennsylvania artist who lives in Amish country discovered Machicomoco State Park in Hayes, where she spotted a boat ramp.

“Nobody was around and I went to the end of the ramp and I painted,” she said. Her process involves creating a visual image through mark-making and color interaction. It’s “creating chaos and then pulling order into it and responding to what I’m seeing,” she said.

The Artists’ Choice award — voted on by the artists in the competition — went to Thomas Bradshaw’s Shanty and the Sea. The longtime Plein Air artist relies on light to illuminate a single moment in time.

The following awards were also presented:

The Gloucester Arts Festival concludes on Saturday, June 26, with a Last Chance Review at Arts on Main at 6580 Main St. Peruse the art one more time and bring home a favorite. The gallery is open from 10 a.m. until 5 p.m.

A free U.S. Navy Fleet Forces Band Concert will close out the festival on June 27 on the lawn at Courthouse Circle. The vocal trio Liberty Dolls, known for performing Andrews Sisters World War II classics, will open the show at 5 p.m., and the U.S. Navy Fleet Forces Band will take the stage at 6 p.m. Gloucester Arts Festival and Gloucester County Parks, Recreation & Tourism partnered to present the concert.

Learn more about the Gloucester Arts Festival at gloucesterartsfestival.com. 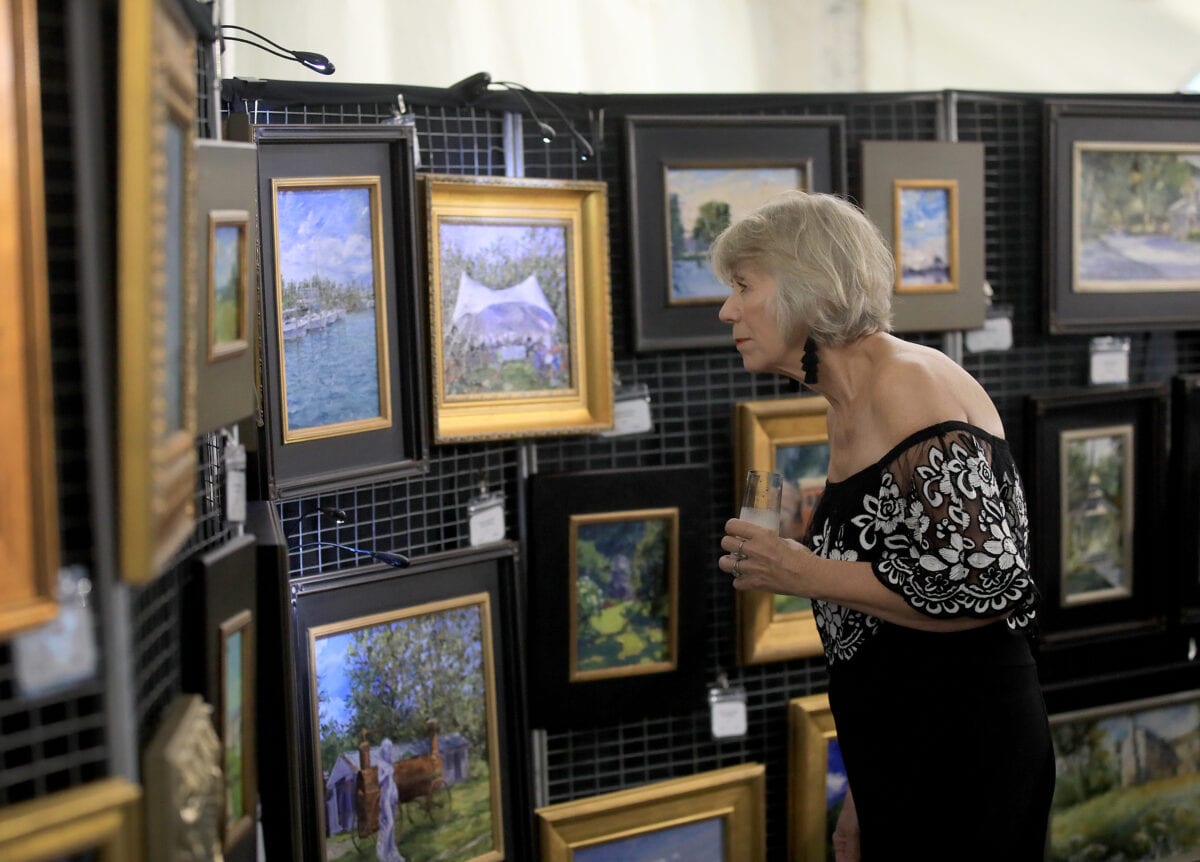